On February 19 & 20, 2015, the American administrators of the American Foundation Friends of Alliance CENTRALE LYON – EMLYON paid a visit to the Ecully campus. The following board members attended this visit:

Their visit on the campus had two main objectives:

Several meetings were set up during those two days with the alumni networks of both schools (Association des Centraliens de Lyon and EMLYON FOREVER network), the teams dedicated to Research, the LearningLab management, a meeting with students of the double-degree CENTRALE LYON – EMLYON and finally, a private encounter with selected students from both schools.

A board meeting of the American Foundation took place on Thursday, February 19 afternoon, with the participation of Patrick Dupuis (EMLYON84, CFO, PayPal and VP, eBay; Treasurer of the American Foundation) who was physically located in the US. Thanks to new technologies, Patrick Dupuis was able to take part in the board meeting via a remote presence robot provided by the I.D.E.A. LearningLab (see photo below).

The American administrators made the most of their visit and organized a conference dedicated to students of both schools entitled “International careers – from Ecully to the United States”, during which they shared their professional experiences and advised the students on their career paths.

Their visit was also the opportunity to rekindle the second edition of the Startup Challenge to potential candidates, as the deadline to submit applications is April 17, 2015.

The American administrators left the campus very enthused by their visit and the quality of the exchanges they had with all the stakeholders. They want to put this strong relationship between the two schools and the American Foundation on a long-term footing, and they will be coming on campus once a year.

Finally, we are glad to announce that the next annual Forum of the American Foundation will take place, this year, in New York on October, 9-11, 2015. The alumni networks of both schools will be strongly involved as this event is a great opportunity to gather alumni of both schools in the US. In addition, the EMLYON FOREVER network is organizing its directory launch in New York on Saturday, October 10, 2015. We count on your participation!

For more information on the American Foundation Friends of Alliance CENTRALE LYON – EMLYON, please visit the following links: www.allyage.org | our Facebook page | follow us on Twitter. 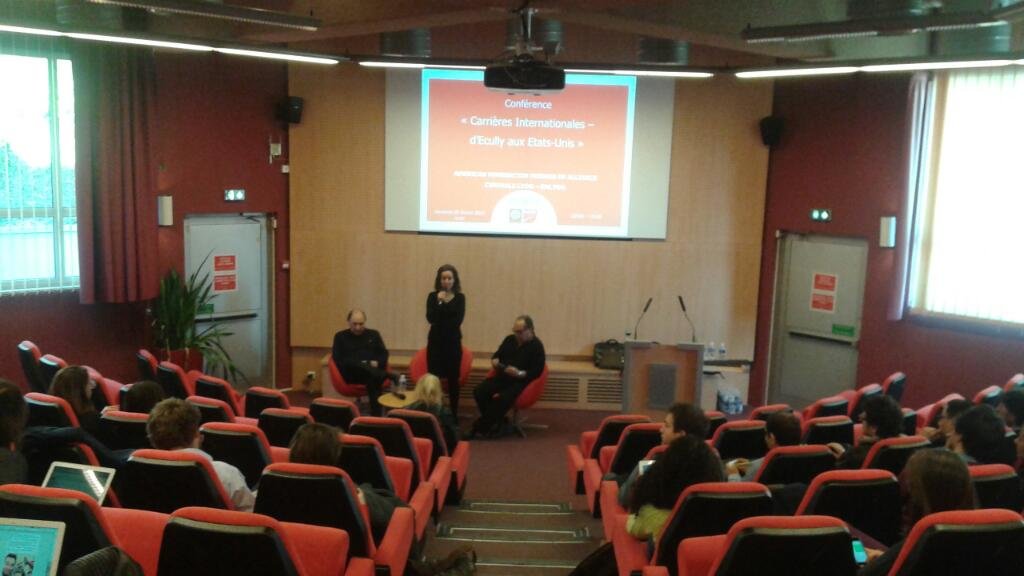