Results of the third edition of the Startup Challenge: final phase in San Francisco 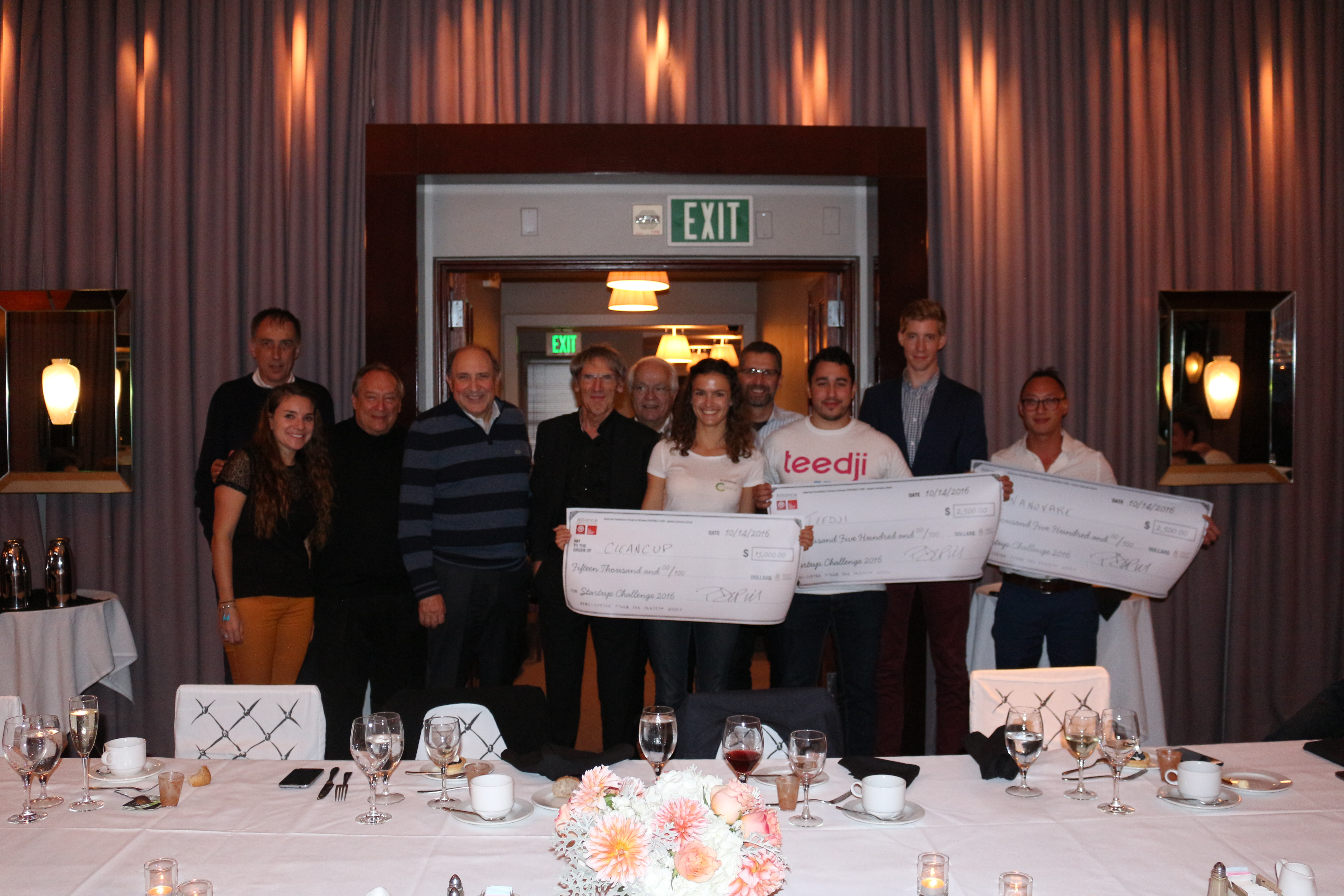 The final phase of the third edition of the 2016 Startup Challenge of Allyage took place in San Francisco, on Friday, October 14. The three teams pitched their projects at a reception organized at the Consular Residence of the General Consul of France in San Francisco, Mr. Emmanuel Le Brun-Damiens.

The audience was made of alumni, students and representatives of Ecole Centrale de Lyon and emlyon business school. Each team had 3 minutes to present its project, followed up by a 10-minute session of questions & answers. They each defended their project with great fervor.
Following the votes of Allyage’s donors, we have the pleasure to announce the results of the challenge:

The first prize of $15,000 was awarded to CleanCup, project led by Eléonore Blondeau (emlyon15) & Lionel Amieux;

Follow them on Twitter: @TeedjiApp | @Nanovare | @CupClean
We wish them all great success in their entrepreneurial adventure!