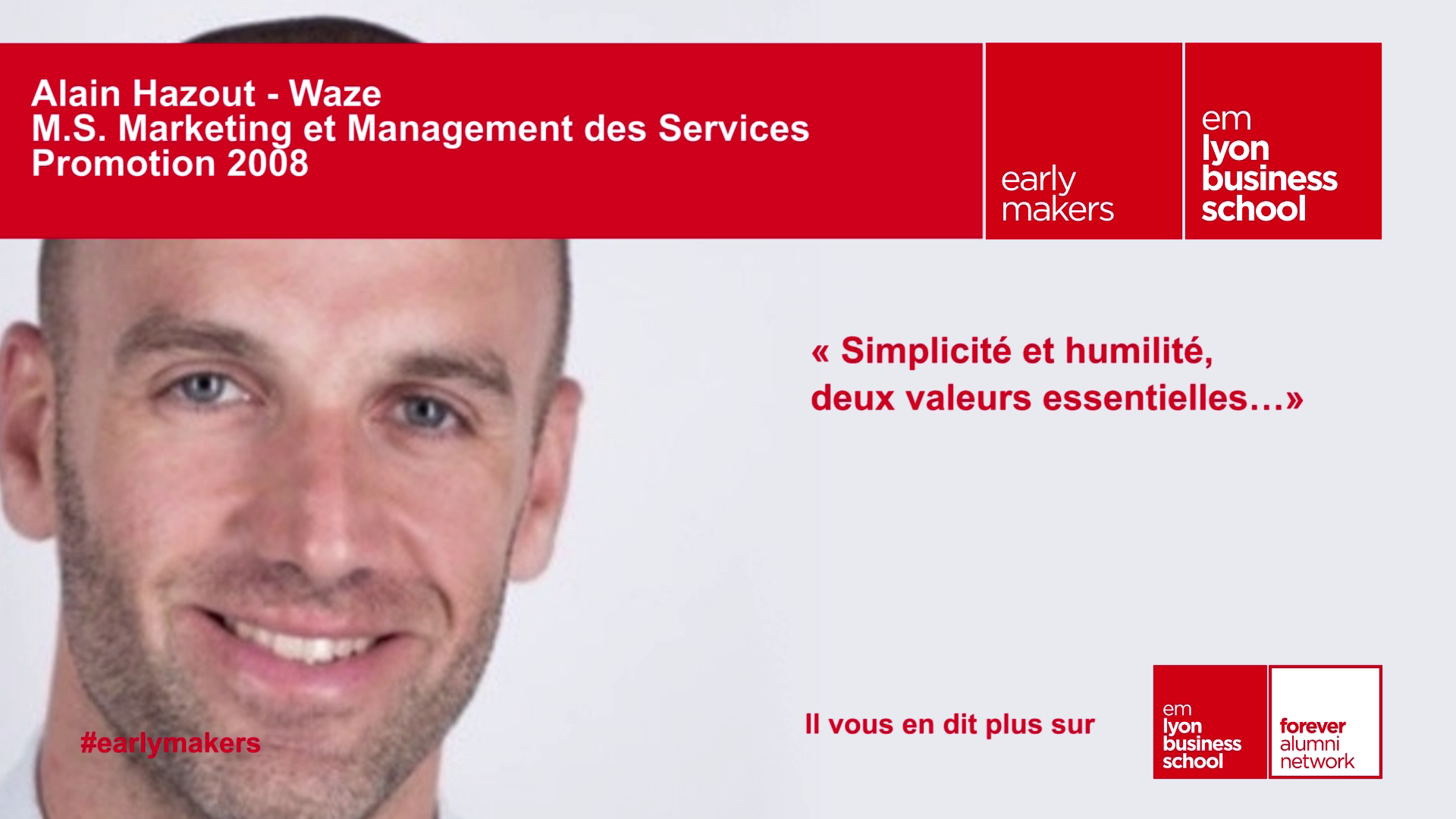 Alain Hazout (M.S. Marketing and Service Management 2008) recently joined Waze, the celebrated GPS community app. bought by Google. Today, he is head of the division that manages relations and partnerships with brands (insurance, travel, telecoms, energy, catering, etc.), and he feels he has re-discovered the dynamic spirit of a start-up, that he first encountered during his time at Twitter.

Would you be interested in starting your own company?

Why not?!  I have often asked myself this question. I even took part in (and won) a competition called “Graines de Boss” launched by French TV channel M6. I pitched the idea for an interim company for seniors. It's still a hot topic!

What book do you have on your nighstand?

The book by Vikash Dhorasoo, Comme ses pieds. I’m such a big football fan, and the author is so endearing: he reveals all and has kept his head on his shoulders and his feet on the ground. It even contains a message about putting things in perspective, being objective about yourself and making personal progress.

How would you describe yourself?

“A calm powerhouse” :) For me, this signifies simplicity and humility[HC1] , two key values!